William Rockefeller Sr. ran around the Midwest selling dubious patent medicines when not returning to Cleveland to hit John D. up for money. At one point early in the 20th century, Joseph Pulitzer held a contest for his reporters to prove whether William Rockefeller was alive or dead. (He was alive.) The elder Rockefeller combined many vices, including bigamy, with being a militant teetotaler. == Martin Morse Wooster, philanthropydaily dot com/farewell-david- == he’d included this photo: 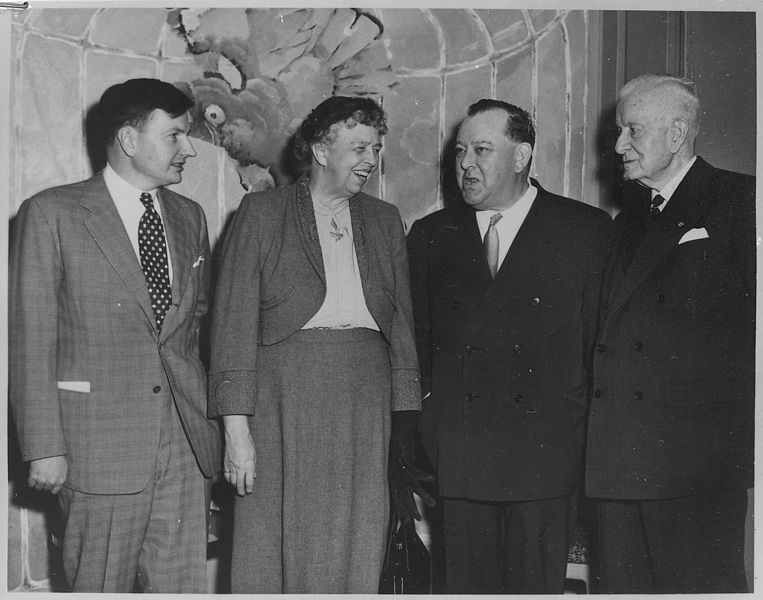 T. Lie (1st U.N. Secretary General I think I recall he’d been,) looks like a staircase #1 -type being in this photo.