It’s the post I’d made just before going out to catch a bus that evening, is on the posts-roll; 11/19/15: I’ve found a new way of trying to describe all this simply and am trying to reach any astronomer or group of them and I guess the emails are getting confiscated as there isn’t any response of any kind as with my mailed letters. I’m describing that the Earth is orbiting around the sun no differently than the obviously-dead “Asteroid Belt” does, and that’s just a planet that had gotten broken back when there was all this crisis of the start of this “system” we’re in, where normal people can’t even say the words and I’m trying to communicate that we’re going to TOTAL PLANETARY EXTINCTION because of it and I can’t even easily use the vocabulary to discuss it because I’m just writing in a blind, don’t want to get innocent bystanders entrapped and yet have to find only any responsibly-behaving adult to assist me with all this. The main person I’m trying to contact is this Carnegie Institution’s R. Paul Butler who’d with Geoffrey Marcy discovered planets orbiting other stars, like Pegasi 51 and Centurius -type names the other stars with planets have got, I’m trying to pose this as also being a “discovery” that Astronomy could somehow take credit and prestige for making, when really the system-core knows the ancestors had accidentally caused all that trouble, killed off natural growth possibility into all this sadism-horror, and they staunch anyone that gets close to also noticing that the solar system’s died-off because of all the …. anyway, that’s what I’m trying to do and everything is difficult, it doesn’t look like my communication-attemps go anywhere and what I’ll have to go through logistically to get printouts and bring them to anyone is what it looks like I’ll have to do while in the meantime I’ve got all these groups and individuals from the system looking to cause horrors for me and winter coming on, which I know there’s a good chance I won’t be able to get through because I don’t know a single person who has any idea what I’m talking about. It’s alot like the Giordano Bruno and Galileo problem-sets. I’ll have to look up which popes were causing them problems and explain that via this Autism-psychopathy description of what’s gone wrong, and then this astronomer named Benedict Sestini has popped up as working at the Georgetown University observatory, where I think that’s a picture of him in that Church of St. Aloysius on North Capitol Street here, that he’s a descendant of Charles Borromeo and they had this Autism-psychopathy that’s led to all the sadism real bad, so I’ll have to look up all about Sestini and such when all that’s really required is for anyone to say that they understand what I’m talking about and are interested in looking into this. I’m giving out this site’s URL as much as I can for the background information a person should have.

That seasonal job didn’t work out and I’m still trying to get a letter to the guy to ask specifically about why I couldn’t get a chance, as that little income would have been such the difference, and there were these “goons” I’m calling the offspring of the fraud-familial problem now, all around me trying to get to the job site the first day. Today there were alot of a partner-type’s around, alot of the Bishop Shahan, d. 1932, around. I never know what these ritual-doers are up to that might suddenly make life even worse, — which is how this sadism-description started forming, that it’s so much sadism that we’re inured to that thousands of years ago it had forced nature to cease working on creating life in this solar system, everything’s been at a standstill and we’re still orbiting but so is the pile of rubble called “the Asteroid Belt.” 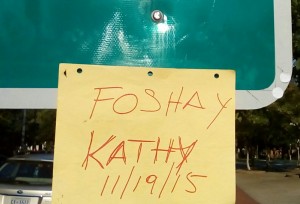 and to the Suburban Hospital posts and then I’d been told there’d be a court hearing and now I’d just found out that the accident had been some sort of a “duplicate operation” hoax where there were ostensibly the 2 accidents one block from each other at the same time, the other person with my name, and I haven’t anyone ever to discuss anything with because obviously I was hit to do with all this TOTAL PLANET EXTINCTION-bringing “Armageddon/Revelation” and the whole people-growing “Brave New World” artificial horror from the brain-damaged Autists. As usual I have one of those “growths” sitting near this library computer terminal for the “joy” of freaking poor little all alone me out. This fraud-family that I’d only put together about in August 2014 has been manufactured to be all over the place and was likely somehow involved in the car-hit and the car hadn’t actually done anything but tap to knock me down but after I was put into the ambulance then the real medical damage had been done and I haven’t had any soul, just this creep over there keeps chasing my line of vision around to be in it as I keep trying to put the screen between me and its face, it was likely one of those from the “French Connection” business that had hurt me after I’d been forced into the ambulance, etc. It’s 8/4/17 now.

(8/7/17) — I am desperate and haven’t got hardly any time for trying to organize this blogsite yet, and it isn’t healthy to spend that much time on computers, really, the position isn’t good, it probably isn’t that easy to use them outside in the fresh air, as I’ve noticed that this cellphone-camera doesn’t much like the sunshine, I have to try to sit in the shade to keep it cool yet find a way to get light onto the target-item. In my current desperation I’m going to try to quick-add this long story in a short note into this post:

This was the evening before I got hit by the car.

I guess I’d gone to scratch that note about the housing-search that I was trying to do by computer and this “Man In Oriental Costume” or Merchant of Venice type or whatever had inaudibly mused, as I’d gotten up to find paper to just the address, that I hadn’t written anything about the car hit or accident. The whole time I was in the hospital I was wondering what I’d then jotted about this bizarre pre-car-hit “accident” and this is all I’ve found, that I’d jotted in response that, before “2” weeks befor…  but that isn’t really a number 2, that’s a proofreading “delete” mark. More later….

(8/8) — could you imagine if I’d had some jotted piece of “evidence” that that had happened, but it’s a little too complicated to explain, that I’d been set up to be in a “jinxed” -type room and I guess, having just now in late May or such found out that that subpoena and insurance company were referring to an accident where my name was used but I was a block south and being picked up by some other ambulance, and it just gets worse and worse to try to describe, and in retrospect I figure that I’d been hypnotized to believe I’d been hit by a car and been to a hospital and had found my way back to the shelter and into bed and wasn’t hurt and I went about business sort of groggily or what and that little “inaudible” trick had wanted me to make a note, which would have been like verifying that the hypnotized-trick had been real life, and the people in the hospital would have put me up on the psych ward, because they also had a character lurking around who looked like the prominent doctor during the hypnosis-experience-dream, like trying to dredge up fear-trouble inside of me. My point is is that I’ve been describing that I’m alone with this “Armageddon Program” that seems to be directed by this Man In Oriental Costume portrait type-face, and that prodding me to write a note on the not-real experience might have caused me to be labeled crazy, and then there was some similar instance this past May, and I’m leery now for something connected to the May incident, which is too micro-layers of complexity to try to describe to a void, here where I’m in this riot-set up sabotage library branch for the fraud-family in particular, that this branch is a part of the Man In Oriental Costume-Ginsberg-Merchant of Venice type “Armageddon Program” set up in particular, is really bad for trouble-making for unsuspecting normal people off of all kinds of tricks they “invisibly” play all around me, like “giving” me this “extra” time, where there’s never any telling what these things are doing or why there should be a time limit, they’re just squeezing intelligence out of “the picture” of for other people in what they figure somehow is their world, and I’m saying that they figure that because of the brain damage that that Sylvian fissure on the left side of our brains is the biggest scar from, and the damage is evidence by the growth of dark instead of light hair color, that dark hair is like a sign of a bruise underneath there and the system breeds for “E Pluribus Unum” black-haired Autists, like perhaps Julius Orlovsky looks to have been or still be.