Surprise maybe, that I noticed that Wilbur Foshay, 1929, in post #206 and #201 maybe really did look like Prince Stanislaus Radziwill here, JFK’s brother-in-law. I’d just jotted this guy’s birth date the other day but can’t ever find a note quickly enough to check details like this, when they each were born, as that guy Wilbur Foshay might have been the biological-sire of then this guy below, who passed around 1974. They opened that Foshay Tower late August 1929 with John Philip Sousa there and then the stock market crash sent Wilbur Foshay to bankruptcy. I’d heard that the name Foshay thereafter generally stands for some hoax or fraud, because of that 1929 timing, that all the investors had lost their money. I’ll try to find the dates I’ve got somewhere on the two guys.

Foshay Tower, / Wilbur B. Foshay photo, – please see the lady’s picture below for a continuance on this “theme,” subject. 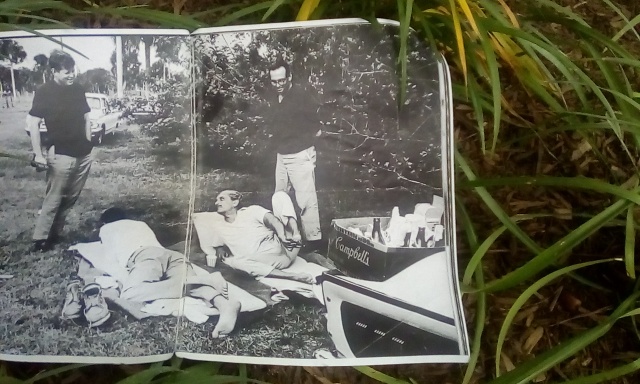 On the right, standing, Dr. Max Jacobson, the “Dr. Feelgood.” There isn’t too much information I can find except that he was at the White House alot. That’s Lee Bouvier Radziwill’s husband that he’s listening too and I think that that’s Chuck Spalding laying on the other side under where JFK is standing. I’ll leave this here for the time being. When it goes to the background and I crop out those leaves I think it becomes just a regular-sized small photo-picture again, so I’ll leave it large for now. They were doing some physical-exercise attempt campaign that day, like walking 20 miles for your health or some such.

I got the impression that that old Broadway play, “On a Clear Day You Can See Forever” had been dedicated to or about Jacobson but in its outline I didn’t see anything that particularly pertained to him or the “clear” brain-fluid subject. From 1946 LSD was distributed to all the rich people that could be reached with it through doctors offices and that wasn’t made illegal until 1966, as it became clear that there was something wrong with the vision of the “users,” that their space-riches belief wasn’t going to work out. People like Mrs. (Bouvier) Kennedy seemed to have the stuff at their recreational party-use disposal and I haven’t any idea what his view of it was. His brother, RFK, seemed to be a massive hatred-target for the system-people. In fact I’d written and asked the fraud-parent where he’d been when JFK was shot because I don’t recall his being around then, and that was about a year and a half+ after that French Connection picture, that I’d wonder if getting married to Ms. Bouvier hadn’t been a system-sabotage planned in advance for the space-belief system, planning all along to assassinate him as an example and a de-spiriting the people sabotage. They’re parading a huge roll of toilet paper through the library, maybe that’s a hint that my typing is disliked. It’s a hoax-culture, the underworld.

Lee Bouvier’s husband there, Prince Stanislaus Radziwill, does look a little like the “Carfagni-type” I’m trying to describe below but I wouldn’t guess how close a relation that really is, wouldn’t guess that he’s the bio-fertilizer or brother necessarily. I don’t recall his birth and death dates, think he passed about 1976? at a young-ish age, under 60 maybe.

looks like fraud-paternal-grandmother’s real daughter, circa 1051? outside LPM on Vermont by 14th St., NW

— July 29, 2017, big problem for me now, this. I finally got my little mind able to piece together that one of the “Program” girls in the dorm-room that I’m in at the former-morgue turned into a homeless wormen’s shelter is likely the “real bio-daughter” of that lady pictured there that looks like the real bio-daughter of the lady I’d been raised as believing was a grandmother, that she was only some lady in reality. I haven’t any idea what the background on where the system got this type from is. Bavaria comes to mind as there’s some German theme but pictures-wise I don’t have a thing. I was even wondering if they might not come from a line off of the famous Brigham Young Mormon-founder but I don’t really know what that person looked like as what the system says isn’t trustworthy. I read an old newspaper interview that only said that Young had a pear-shaped face, a huge jaw that made it that way.

As I’ve been back in Washington for over a year and everyone’s seemed to have some sort of a system-relevance to this Armageddon “Program” being snuck-through I’d given thought to what that particular girl in the dorm might really be about and had thought that she might perhaps come from this “fraud-grandmother” and then recently I found this photo above here and that’s just nearly exactly how the grandmother had basically really looked so I figure that this in 1951 there was her actual ova-daughter, ovae-daughter. It took me like 6 weeks to go from recognizing that to putting it together a few days ago that the girl in the dorm-room is the actual bio-grand-daughter of the lady that had been my fraud-grandmother, who’d passed back in 1973 and then I’d joined the Army because I’d had no life in the Bronx with that fraud-family, the grandmother-character being like the anchor of those four sons and their respective “fraud-families” then. I’ve been wanting to point the photo out to the girl, who’s probably seen it because it’s right near the shuttle-bus stop but they changed the hours and I haven’t had a chance to speak with her quietly about this that that’s likely to be her own bio-mother in that picture, and then 2 nights ago this big water-leak started at the window-set near her bad so there was a big deal about opening the vertical blinds because of the leak and then that that’s an invasion of privacy, when there’s only the PSYCHIATRIC-LOCK-UP place across the way from the morgue-shelter window there. The “leak” seems to be because the girl is with this “Armageddon Program” of that fraud-family of monsters that have progenerations everywhere all over me as part of this Armageddon “Program,” as though she’s some coordinator of all that because she comes from the female-parent figure of then the “Bronx Zoo/Bathgate Market” curse boys or what, plus she’s also the shelter-to-shuttle-bus similar “secret liaison” or coordinator or what all at least since I got to the place a year ago May now, and can’t get out, receive nothing of contact with anyone about the subjects on this blogsite, like me working in a vacuum all these years in Washington, and the leak is her responsibility-problem or some such, and last night they moved a new girl into the bunk under me and I was super-sabotaged with this “invisible-molestation” that I always protest against, which is more the “leak” than about this blogsite even is maybe, that with this Tourist Season time there’s been alot of this LURING people out to that area and then this underworld “show/Program” invites people to get entrapped, and I for one get invisibly-molested and complain about it in the bunk, the worse it is the “louder” I say to, Get off of me you animals, and words to that effect, and you can’t do that in a world where they psychiatrically-purposely “disappear” all the normal-type people by those sneaky means without having that happen to yourself too, so hence the leak and then big sabotage last night. I took some notes but they’re notes made without any light in the dark and my handwriting’s terrible at best to begin with, and everything got all wet from the rain yesterday so I’m disorganized today. The theme with the weather is so typically “Autist,” that their view has always been that “nature/God” is trying to punish them, because they have the guilty conscience from having forced their way over Beringia finally and things only kept getting worse, so now it’s all the time that this torture to me, invisible-torture, twists whatever weather they can into being as though a weapon, instead of just what it is and being glad for the variation, that a little cleansing wind and rain they make seem like a devastation, in the 21st century. 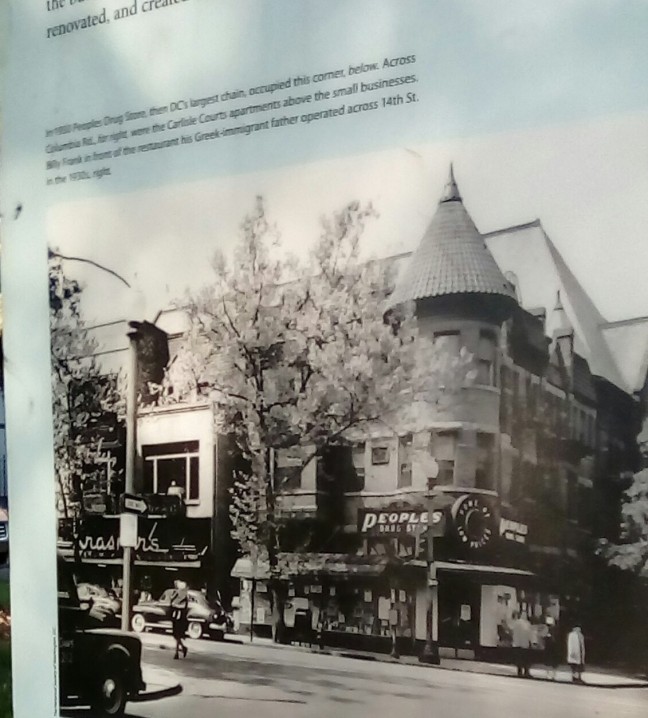