Man behind Pearl Bailey on Cultural Tourism DC signboard outside the Bohemian Caverns, U and 11the Streets, NW

I sent a lightened copy of these also but it didn’t arrive, insstead that whole “History” file is here. I don’t want to change this around; for instance, when I call up the photos individually from the background-file where they’re all each a separate file and I make changes because I’m really looking at the guy in the back right of the photo, I might somehow wreck the whole thing or set of them, which I think looks pretty nice together like this, like a big party instead of just the one table. They were all at the place now called the Bohemian Cavern, at 12th and U Sts.., NW.

Trying to conserve some room I’m putting this practice area into this file because it’s largely around this picture “anyway:”

Autists_ Jobs, this is from the back of the simon and schuster isaacson biography, 2011, with the standard all rights reserved blurb that seems a little ambiguous, that they know they have no right to withhold all use of published materials like the system’s been making to get away with, but at the Shaw there’s also a graphic novel but it has one of the scary copyright notices, no parts therein and stuff without permission of the publisher, and I never have time for extra things like trying to contact places for permission in advance so I’m going to try to put the address here for safekeeping because it seems that it’s really obvious that they’re sotto voce-saying that Jobs was a bunch of different people who’d gotten the name after the original one went underworld. The title is Steve Jobs, Genius by Deesign, — check also the Bob Dylan Music Company, rights on his lyrics they’d gotten, — 2012, published by Kalyani Navyug Media Pvt., Ltd, 101 C, Shiv House, Hari Nagar Ashram, New Delhi 110014, India, their Campfire imprint, 2012, isbn: 978-93-80028-76-7 .pdfautists jobs – it didn’t work. I’m sure to lose this address and I’d really like to get a permission from them because he’s like THEE figurehead-Autist for our time just about I guess. I’ll have to try to think what to do to get that above address to somewhere I won’t lose it till I have a chance to write to them, — I won’t even be able to read the graphic novel because just from the first few pages it seems obvious that they know all about, and more, what I’m trying to get to about, to discuss here with this entire TOTAL PLANET EXTINCTION reality off of the Autists.

The first and probably this second Pearl Bailey photo was taken/is from the nearby (Addison) Scurlock photo studio, 9th and U Streets, NW. Louis Bellson in that first picture that had caused me to really desire to get a camera to get a copy of it because I know that only they’re really at the bottom of this entire cannibalism-system we’ve got, etc., looks about the same as the darker guy sitting next to Bailey in this actually earlier-days’ photo, about 1950 because she’d married Bellson by 1953 or 1952, married to a guy named John Randolph Pinkett the II, the second, I think, from 1948-1952, and that might be him sitting next to her in this U Street photo. That would mean, to me at least, that she was “made a fool of” because the first guy and then Bellson were more or less actual-spawn brothers or however you could call it, from the same spawn of disembodied-ovary fertilizations but with one getting, probably, some dye put into the egg-mix, if you would.,, etc., etc. Then Addison Scurlock was very similar looking also, that I’d have to check the birthdates, Bruce, Lenny Bruce, born 1925 on Long Island, Mineola, and Bellson born in Illinois toward the Mississippi maybe out that way somewhere in 1924, just passed in 2009 (to my offhand recollection, not any good fact-checking abilities right now, etc.) The Pinkett’s were a big real estate family here but I haven’t been able to find much information except that they’re still around probably or possibly. The guy behind the group is really why I’d gone back to get the picture of the photo, with that thing on his tongue that I would guess is symbolism….

and so took a closer look at the males and realized that that was the male “parent” I’d had and that he’d actually been a stranger working with this brain-serum underworld all along, etc., but right now I have alot in this rest of this blogsite to try to get to and only an hour to do it in today, but the guy on the far right in that photo might be Louis Bellson or Lenny Bruce, etc. What I mean by that they’re at the bottom of it is that it’s my guess that the “classic Autists” aren’t bright enough to keep this unsustainable horror going so smoothly like it appears to be, so these “helpers” to everyone, fence-riders, are really the high-functioning Autists that assume that they’ll inherit this from the slower-minded Autists no matter what happens because they’re smarter, they have the win-win thing that’s leading to loss of everything for eternity going for themelves in their playing stupid or whatever and forcing this system onto everywhere. They work both and all sides. 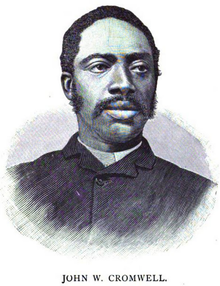 https://goo.glimages/qJ7rLK — this first attempt didn’t work because I don’t have anyone to talk with is all, that it’s terribly simple to move images into your material, but I’m on the outside of everything. I found that “they” sell those “USB” cables for one dollar, simple as pie all this time and nobody assists me with anything. My main thought from the other day is they have this Images widget and I could put universe-type images down in the emply space of the footer so far on this blogsite, that first column where the log-in is, i could fill all that space with nice pictures of what i’m trying to explain but this system steals everything and figure they can steal the new world and steal the universe/space and steal my blogsite after already having stolen my life, etc. So it’ll take just some little time till I can “pack-mule” -style figure out how to down- and upload pictures, little by little I’m trying to forge ahead despite all this torture and they know that i’m still serious about what i’m trying to talk about so the system rides off of my sincerity while stealing my whole life all the time. This’s been 25 years of this gutter-circus and they now have these “fraud-family” and brain-eating goons all over me, stealing while torturing and turning my work to crap like this complaining about the system only begets.
–

8/18/17, Friday, I’m under real bad “Armageddon-making Program” invisible-tortures all over me usual horror, and with yesterday running errands I’ve got all kinds of “backlog” on material I want to get covered and things to do. I’ll try to make this file-start nice and go do those things.

— Now I find a small black and white of a nice picture of old Florence Sabin I’ll send to here after this time is up, and now I’m going to have to do something really disorganized-appearing, like this uncropped photos, but I’d like to find the picture from the Graham Saxby “Practical Holography” book to put up here so I’ll have to “throw” that set of the 5 I managed to get on onto here and then try to straighten it out tomorrow probably, “God willing.” — 7/20, that picture disappeared because the machine deletes if it isn’t claimed in 2 hours I hope is what’d happened to it, I’ll try to get it in color this time now.

saxby holography5This is the copyright on Graham Saxby’s (now deceased not too long ago,) book, Practical Holography. I feel that I’m not doing commercial but real-world emergency use of anything I can find that might move anyone to assist me to get out from underneath this Armageddon Plan, plus there’s generally Fair Use that I don’t abuse anyway.

saxby holography2 This is the one I’m comparing to those gold medals under here. There’s another picture of Saxby in one of these, #3 I think.

saxby holography This subject looks like one of the high-functioning Autist-types to me.

— I forgot they were only in pdf. I can’t even look at them unless I close the file and call it up differently. Lighthearted-style I’ll send this little picture that maybe looks like Saxby that I’ve been meaning to compare but haven’t been able to get the 2 side by side yet: