those are the 2 main traits of the Autism I’m talking about, which is basically what’s then also in the memoir by Sean Barron, There’s a Boy In Here. I’d like to watch that Rain Man film again where that’s also the Autism, and the c. 2013 We Have to Talk About Kevin is likely also the regular Autism with the psychopathy, from a little summary I’d read of it.

Etretat cliff in northern France, that I’d right off gotten the idea the system-people had been cliff-pushers in Prehistory, everybody and all the animals possible gone. The Horse Boy cover (published only a few years ago, maybe 2010,) recalls to my mind an old historical figure named Dagobert, which I think is super-important to all this world-takeover-obsession problem that I call this “Prehistoric-descended Autism-psychopathy” with the hallucinogen-dependence, but you can barely see the boy in his parent’s arms up there on the cover. I’d also been trying to find a picture of someone who was on that big trip to Mongolia in search of a cure for the son’s autism, but I don’t get to spend much time on anything, like trying to learn about that Dagobert. There’s a Rubens painting that I think shows only the back of Dagobert, and there are some coins, maybe an illustration somewhere in the Encylopedia Britannica that I’d found, that Dagobert seems to come from this Autist-crew that I’m talking about and the little coin-depiction in the Britannica has him riding a horse with his parent, but maybe on the parent’s back instead of front.//Below, I suspect that that little phony “Kindergarten” article photo that I was inadvertantly in might have been the system-people’s inspiration for this 1967 book cover to Bruno Bettelheim’s “The Empty Fortress: Infantile Autism and the Birth of the Self,” in that the system has been all along “show” -claiming that I have autism, as in that picture’s caption that the little girl doesn’t want to share the blocks; I’ll have to go find a copy of it to put here soon, but can’t do that right now. The cover is “tongue-in-cheek” semioticizing that the empty-headed girl’s brain’s might as well be eaten, harvested, used usefully, go ahead and use those, is my impression from many years now of trying to research this “Autism,” which now I realize is the brain damage evidenced by that our Sylvian fissure is actually a big scar from the prehistoric-days’ hole that had developed from the premature crossing of Beringia and babies’ incurring damage from that ill-taken first trek.

0119_001.pdf  The child’s expression does not show any such thing because that was me and I was set-up to get a picture of me looking conceited but it didn’t work out so the system called me selfish and it was all the opposite of that, I was trying to teach the strange little “plant” how to play checkers, you can see that those are checkers, not blocks, for instance. And it was a Housing Authority appointment, and more to this I’ll fill in later. 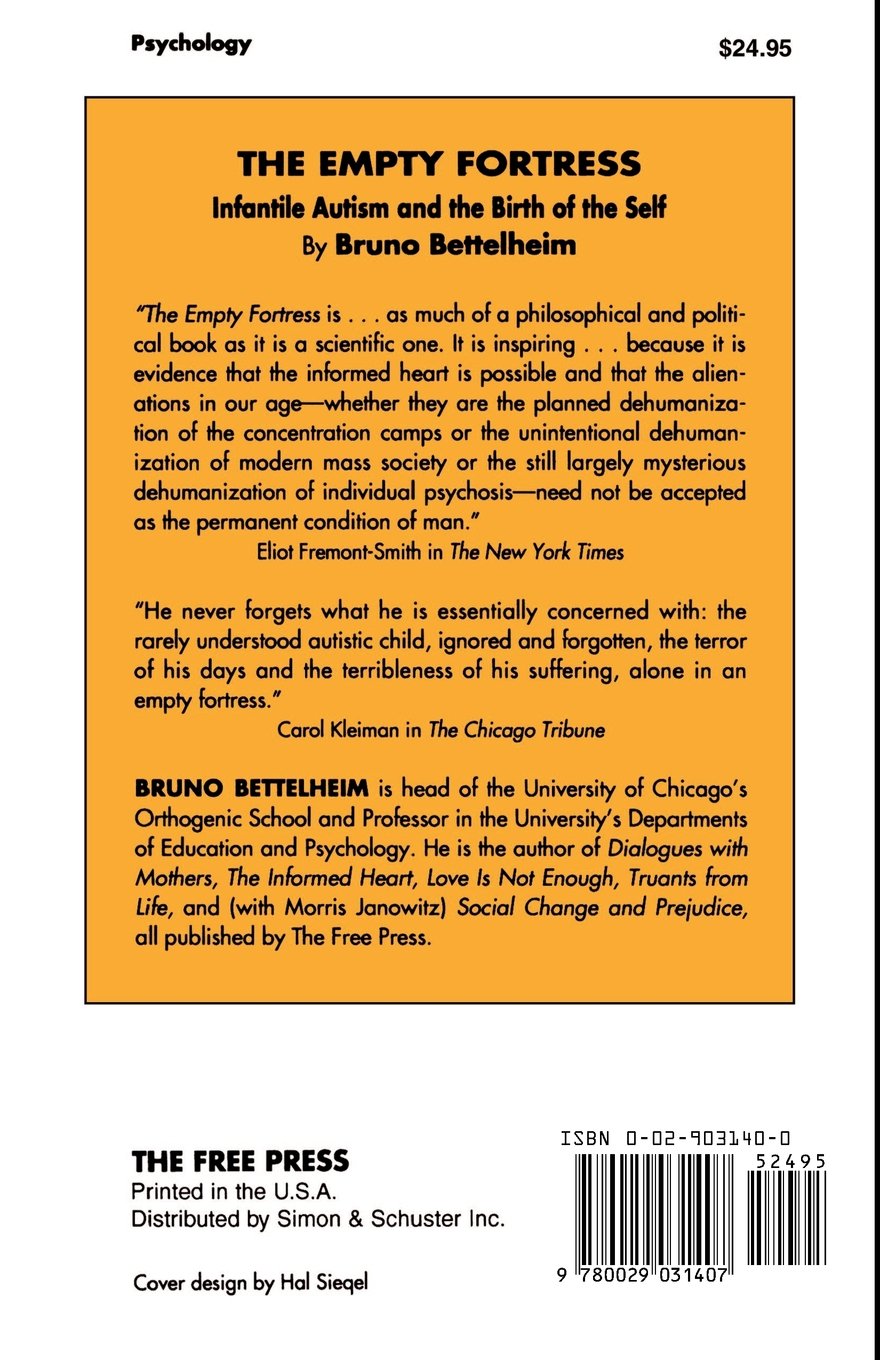 I’ve sent an email recently to the Montgomery County Autism Society and I think it’s maybe in the same building as yours. I’m trying to write to you because you’re nearby and if anybody with you might like to look into what I’m talking about it could rescue biology itself as I’m at the bottom of how the global-system’s been getting, amonst other things, those book of Revelation prophecies done and I’ve been writing since 2005 the system was made by, for and about people with prehistoric-descended Autism-psychopathy with hallucinogen-dependence, writing letters to try to get assistance for myself out from under this Revelation-Armageddon “show” or “Program,” hundreds of paper letters and then I’d gotten “tricked” or shipped out to Kensington in 2015 and hit by a car and the whole thing’s been some joke-hoax on me, 3 months in Suburban Hospital and the accident is all unprovable or what, and recently I finally pinned down the “seat” of the Autism as being evidenced by that that Sylvian fissure in our brains is actually a big scar that is probably left over from a “hole” made by freeze-burns when some early people had forced their way to the New World, then extincting the dinosaurs, which had been meant for our food and transportation. All history’s really been those brain-damaged people’s descendants’ trying to clear the world of other types of people because of the developmental Autism-psychopathy. If you could get anyone in your field to take an interest in assisting me to get this across it could salvage Creation from the real-time mess we’re in, because the system is run by people with this “invisible” brain damage, and the whole medical field keeps this hush-hush because of the psychopathy and its hallucinogen-dependence, and I am only a tiny little now-old single lady always all by myself with the system trick-doing this sneaking the Armageddon through like the as a thief in the night part of its prophecy-promise, off of me, bothering me and using me as an excuse against all normal people and Americans and females in particular. I’ll send you an email to see if you could reply with the name of anyone I might be able to take a bus up to you and get a donation for continued research on this and the Universe rescue-attempt for myself from. I should be getting my first age-62 social security check in 2 months and be able to get some good relief from that but the system is like bottomlessly vicious and 2 months is a long time for them to figure a way to defraud me of that also so I have to keep trying to find some assistance in trying to get the whole human race out of this horror we’re actually in. Sincerely, Kathy Foshay, and below is another letter attempt and then what little back-up I’m getting toward explaining the Sylvian fissure’s damage, how it’s short-circuited the neural pathways so that the Autists have short-pathways that go round and round instead of extending out toward a future, and then they mass-reproduce themselves from our disembodied ovaries and replace the undamaged people’s to oblivion, situation we’re in. I’ll send an email to see if you can get some human-able to reply to me.

Note to Raun: Please see the bottom of this file.  To Dr. Kroll, (on the HeLaS3 cells)

Please take or get someone else to take a real-life look into what tiny little old-now me is trying to get across, that the business of taking the cervical-cancer cells from “Henrietta,” whose real name was something else, was actually a part of this overall business of “global-takeover” of a planet that wasn’t meant to be taken over, that the system is just going to break the whole thing. I wish I had a little more time, there are 2 pictures I could add for background to this Henrietta and cervix-scam business, and then there are a couple of pictures of me that keep disappearing, that this blogsite and nothing about my life is secure from this system. I’m alone at the bottom of how that Revelation-Armageddon old world-takeover Plan has been being “as a thief in the night” snuck-through and have been writing these letters for years and that’s used as part of their scam, the system comes from all developmentally-disabled people and they’ve wound up pursuing that Armageddon-desire off of nothing but tiny me, right today still I mean, that if I was gone they’d still be pursuing it of course but since I haven’t disappeared yet they just ride on me and the mention of Florence Sabin brought the “Henrietta Lacks” business to my attention and I’ve got all kinds of material to add to this, having just been hit by a car in 2015 and spent 3 months in a Hopkins hospital next door to the NIH, and this system is about nothing that’s real, is based on rituals like taking those cells, like that’s an “in-house” job amongst the global-system different lines of the same family-groups in different parts of the world, back in 1951 they believed they’d be “conquering” whatever’s in space and they wanted (and want) this part of the world off of their take and had planted that business as a curse, going by the generational modi operandi and whatnot that I’ve picked up on as being like a lifetime-victim. And I’m pretty sure they’d “practiced” by victimization of Sabin, so I’m real anxious to get to Northampton, Smith, to read those letters of hers to see if there’s much validity to that belief of mine, and if so then lots could be explained by my interpretation of her letters but I’ve got the “Autists'” system over my every moment, pursuing that age-old world-ownership obsession. Any human-level contact might improve my situation, if you could let me know if this copy of the blogsite had been received, but the main WARNING is that the system twists everything I do into working as a LURE by which they’ve been “disappearing” normal-type human/people so please don’t let the blogsite material get into irresponsible hands. Sign off, kathyfoshay.

Mr. Raun: I just put the picture in this file for your attention, that from looking over the first 2 books I’d never really thought that this boy or you had had the Autism that I’m talking about, and I think alot of it ought really to be called “Past Lives Captivity Trauma” that many are born too-timid and that gets diagnosed as Autism and I’m talking about Autism-psychopathy, more like in Sean Barron and Judy Barron’s memoir. Maybe I should put this in the Prehistoric Origin file, let me go look.

check researchgate.net; they just asked if the clicker-on, me, was a researcher or an interested layperson or what and I don’t have time to get that involved right now, with what would follow if i said i was just an interested person, but they might be helpful.

aha resource booklet= this is really a gmail, I somehow didn’t get the booklet but sent a note shortly after getting this “smartphone” cellphone in 2017.

Robertito on the cover of the “A Miracle to Believe In” book by Barry Neil Kaufman.